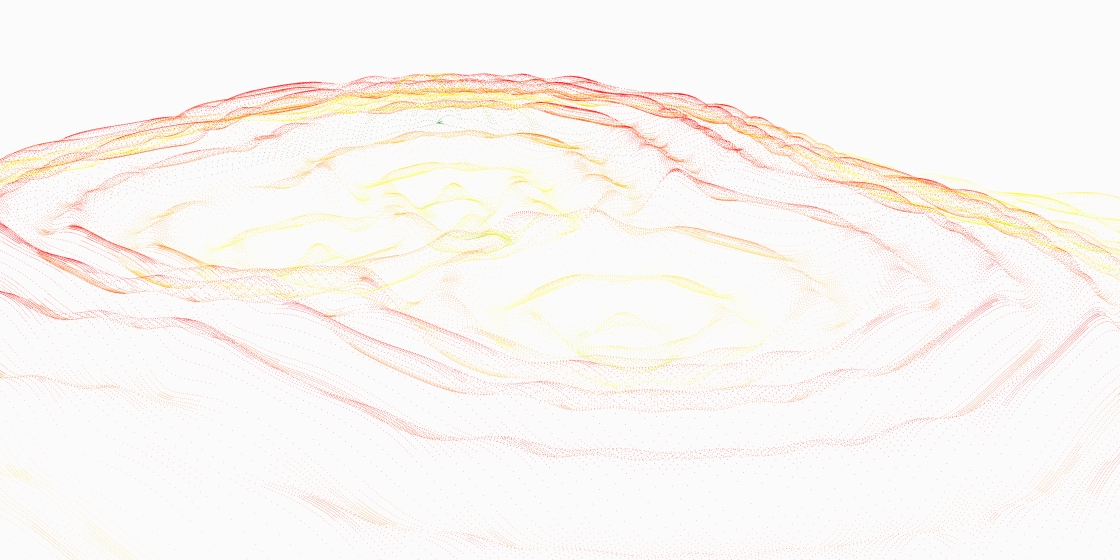 From Sound Synthesis to Spatial Fabrication: an educational workshop.

Acoustic Topologies: From Sound Synthesis to Spatial Fabrication was a workshop organized by thr34d5 in collaboration with Volumes Coworking aimed at introducing participants to the possibilities the use of sound bites in combination with parametric 3D modelling offer in the context of digital fabrication.

Held on April 21st, 2018, the day-long workshop was prepared and lead by Paschy Karibaye Koumagoto, Namur Matos, Paula Echeverri Montes, and Hasnaa Benlafkih in collaboration with Mikhaél Arroyo. The workshop started at 10 am with attendees introducing themselves followed by a brief introduction of thr34ds, Volumes, and the workshop instructors. The participants in attendance came from a diversity of backgrounds and professions; from engineering and architecture to film-making.

The morning session was dedicated to introducing Max/MSP, a visual programming software used for sound and multimedia production. The workshop’s co-instructor Namur Matos, who is an architect, musician, and acoustics specialist lead the session. First, he gave a presentation on the relationship between sound and space explaining the role of frequency, amplitude, and placement when generating sound before pointing out their spatial correlates in an example of an acoustic topology that can be fabricated. Namur also performed the guitar as part of his presentation of some of the capabilities of Max/MSP. During the rest of the morning session, he led a tutorial which gave participants the opportunity to get acquainted with the software and synthesize a sound of their choice.

The workshop’s afternoon session was lead by Paschy Karibaye Koumagoto who is an architect and computational designer. It was dedicated to the parametric 3D modeling software Grasshopper. First, Paschy introduced the software and gave a presentation on the relationship between sound, it’s representation as curves and the possibility of mapping these onto a surface to generate a given topography. He then gave a tutorial that allowed participants to create a fabrication-ready surface with a relief of their choice by modeling sinusoidal curves that correspond to sound. 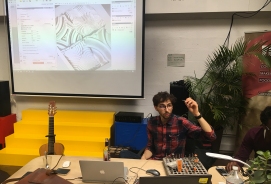 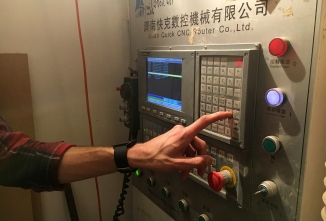 Once all the participants were satisfied with the acoustic topologies they created, Mikhaél Arroyo who manages the Makerspace at Volumes and has extensive experience with digital fabrication gave a presentation on CNC milling. He introduced the participants to Artcam, a software used to determine toolpaths in CNC milling. During his presentation, Mikhaél demonstrated the various results that could be achieved depending on the diameter of the drill used. Participants were then invited to the Makerspace where they took part in programming and starting the CNC milling.

While the participants’ acoustic topologies were being fabricated and as a conclusion to the workshop, Paschy gave a brief demonstration of the possibilities the programming language, Processing has for those interested in multimedia representations, specifically those connecting sound to visuals.

The workshop participants’ pieces were assembled into one collective acoustic topology and are on display at Volumes Coworking.