Marble Breeze, or the politics of the troposphere.

In the context of Tomás Saraceno‘s Carte Blanche exhibition in Palais de Tokyo, and in partnership with Aerocene, thr34d5 has invited 15 participants to a free experimental workshop from November 19th to 25th 2018.
Access the booklet edited by Tariq Hejboer here.
You can have a look at the lectures that were given during the workshop here.
Marble Breeze on Aerocene.org.

From open data de-encryption to measurement instrument making, the Marble Breeze reveals itself at its many scales and shapes. As agents of society, we want to understand the hidden-to-our-senses complex composition of the omnipresent, yet often ignored, surrounding matter that is air, to engage in the politics of the troposphere.

Such as a cone can be defined by its various profiles (circle, ellipse, point,…), we approach reality by aggregating various points of view. The amorphous and subjective materiality of air is explored with each agent’s sensitivity, unrolling the folds of reality. We design our own instruments to communicate our impressions of the world. This process is essential to us to understand the Anthropocenic reality and create a variety of semantics for it. We are a legion – defending a post-Anthropocentric philosophy.

The Marble Breeze experimental workshop was all about developing a material sensitivity to air, and developing a sensitive approach to its complexity, though the process of instrument design and cartography.

Throw a balloon at the sky.
See how it floats.
Catch it if you can.
What did it feel?
Where did it come from?
Should you care?
Give it a body by any means necessary. 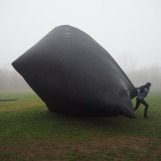 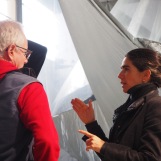 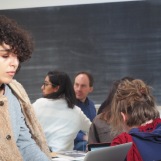 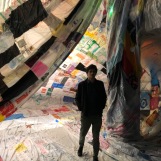 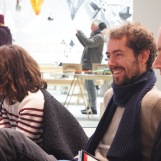 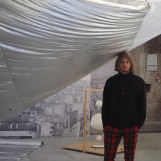 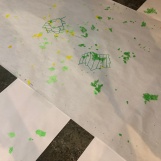 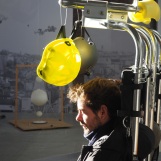 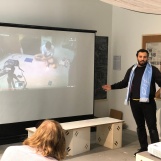 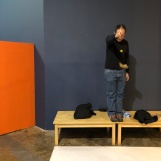 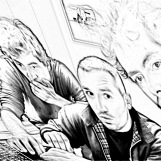 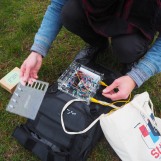 Toxic air is now the biggest environmental risk of early death, responsible for one in nine of all fatalities. Today, over 90% off the world’s population lives in places where air pollution is above WHO guidelines (Carrington, 2018).

The rising impacts of air pollution have prompted the World Health Organisation (WHO) to launch the Global Platform on Air Quality and Health initiative, and the involved agencies undertook their first  conference in Geneva from October 30th to November 1st, 2018. At the event, Dr Tedros Adhanom, the WHO Director General, was quoted explaining that, ‘the simple act of breathing is killing 7 million people a year and harming billions more’. An estimated 4.2 million premature deaths globally are linked to ambient (outdoor) air pollution, mainly from heart disease, stroke, chronic obstructive pulmonary disease, lung cancer, and acute respiratory infections in children.

Pollutants with the strongest evidence for public health concern, include; particulate matter (PM), ozone (O3), nitrogen dioxide (NO2) and sulphur dioxide (SO2). The health risks associated with particulate matter of less than 10 and 2.5 microns in diameter (PM10 and PM2.5) are especially well documented. PM is capable of penetrating deep into lung passageways and entering the bloodstream causing cardiovascular, cerebrovascular and respiratory impacts.

Although, air pollution is a borderless phenomenon, the impacts are unequally distributed. For example, although megacities, like Paris, are generally confined on a  relatively small area. They are associated with such large emissions of pollutants that they can sometimes be larger than emissions from a whole country (Gros, Sciare, & Yu, 2007). Poorer people are also most exposed to air pollution. “There are huge injustices at the heart of the air pollution problem,”’ Dr Gary Fuller, who is at Kings College London has outlined. “By using our air to dispose of their waste, polluters are destroying a shared resource and avoiding the full cost of their actions.” (Carrington, 2018).

It is time that we take our air back, and visualising this ordinarily invisible phenomena can be the first step.

A media is a map, a map is a language.

The post-anthropocentric narrative requires the adoption of a new language, our own, moving the frontiers of the medias of the existing worlds. To challenge the existing  mapping rules we are adopting linguistic’s semantic.

Such as a world map is structured by geographical areas, or as the first TV Image of Mars by the NASA Jet Propulsion  Laboratory is made of a matrix on an assembly of stripes, the syntax of a map is its context, it is the structure of the information.

A morphology can be a 2D representation, such as dots on a map, or a 3D structure, such as the cubes in the Speelhuis architectural project by Piet Blom. How, within the structure, does the information unravel? How does it inscribe itself?

The lexicon, or vocabulary, is the scope of colors on a map for example. It is an additional layer to the morphology. It can fit within the color codes suggestions provided by NASA – unifying the information communication between maps; it can also be challenged and become blurry, imprecise, and participative. Turned into a gradient of textures for our other senses such as basses to highs, rough to smooth.

Then comes the phonology, the accent, the sub-languages. The designer’s intent can be retrieved in this form – it evolves through time and is culturally situated. For sure, it can be neutral and  standardizing, we wish to see it contrasting and taking a stand.

The team would like to thank Aerocene for the trust and support during the whole process, and for making possible the production of the final booklet! Namely, we would like to thank a lot Camilla Berggren Lundell and Grace Pappas.
We would also like to thank Palais de Tokyo for the perfect conditions and help that they gave us, especially Simon Bruneel!

We are thanking very much Ewen Chardonnet for his help in flying the Aerocene sculptures!

And with thr34d5 and Tariq we would like to thank all the participants for joining us in this experimental workshop! Amazing discussions and so much energy, we are very glad to have had the chance to share this time and space with you all. 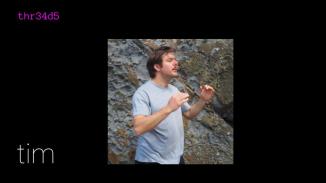 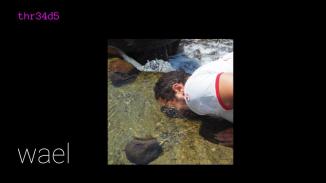 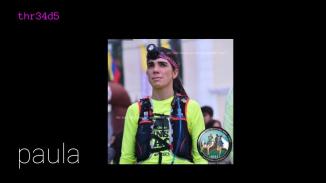 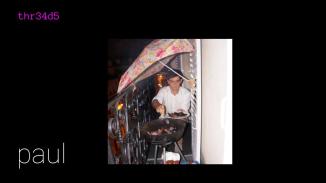 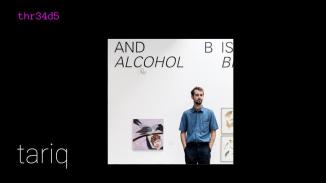 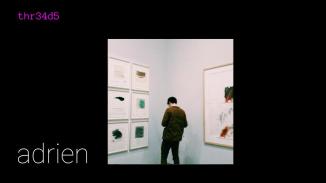